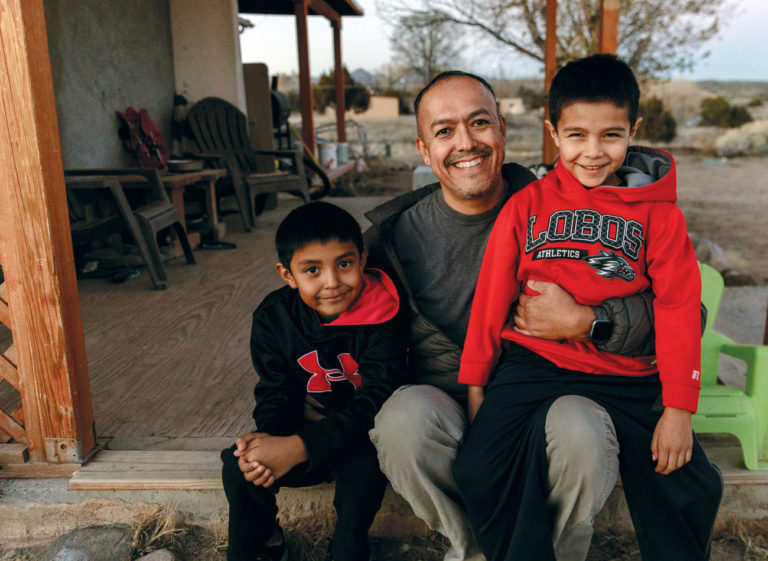 The Pueblo de Cochiti is home to about 1,300 Native American people, where vividly painted landscapes and the Kasha-Katuwe “white cliffs” Tent Rocks protrude from the earth with resilient symbolism.

This pueblo is the only place on Earth where the Cochiti dialect of the Indigenous Keres language is spoken.

Jeff Suina, 46, was born and raised on the Pueblo de Cochiti, one of 23 sovereign Native Nations in New Mexico. He grew up hearing his people’s Indigenous language that, like many other Native languages, has endured centuries of colonial destruction through intentional government-mandated policies. In boarding schools, Native children were forced to assimilate to the Western culture and eradicate their identities by purging their languages, beliefs and customs.

In 2006, parents and community leaders, led by co-founder Trisha Moquino, came together to create the Keres Children’s Learning Center (KCLC), a nonprofit Montessori school on the Pueblo de Cochiti reservation where Keres is spoken for all daily instruction. KCLC is working to sustain the Cochiti Keres dialect, reclaim Native children’s education and honor their heritage with support from the Kellogg Foundation and other institutions.

“Our language is the code to our survival. It tells us who we are and how to flourish,” explains Suina, creative director at an engineering firm and Cochiti potter whose two youngest sons attend the school.

Children between the ages of 2 and 6 are taught exclusively in Keres before transitioning to the elementary classroom, where they receive 50 percent of their instruction in Keres and 50 percent in English. Elders are vital to the school’s mission. They are in the classrooms each day to direct language curriculum and programming, which enables cultural learning and helps make classrooms feel like home.

Parents participate in bi-monthly seminars, an annual parent retreat and a leadership project designed to further nurture their language and culture, introduce the Montessori approach to education and help them advocate for their children’s educational needs.

Cordero explains that language holds the worldview and emotional core of the people — many concepts within the Keres language do not have English translations. “There is nothing in the English dictionary that can hold as much weight as just one word in Keres,” says Cordero. “The language dictates a way of having a relationship with one another. Our language is buried in feeling and emotion. Keres is a language of love — a genuine wish for the well-being of one another.” 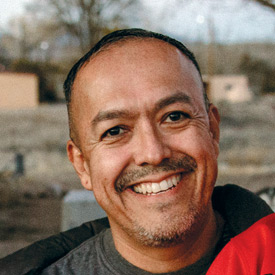 “Our language is the code to our survival. It tells us who we are and how to flourish.”

In addition to running an immersion and dual language program, KCLC provides teacher training programs through its Indigenous Montessori Institute, where people from various Indigenous communities receive training on the Philosophy of Indigenous Education and the Montessori methodology.

As other early learning programs replicate these curriculum approaches, new models are emerging for redesigning early childhood education programs to embrace and embody Native languages and culture throughout Native communities.

“Language revitalization is crucial to us because it might be the only thing that makes us Cochiti,” says Cordero. “Without the language, what makes us different from anyone else in the world?” 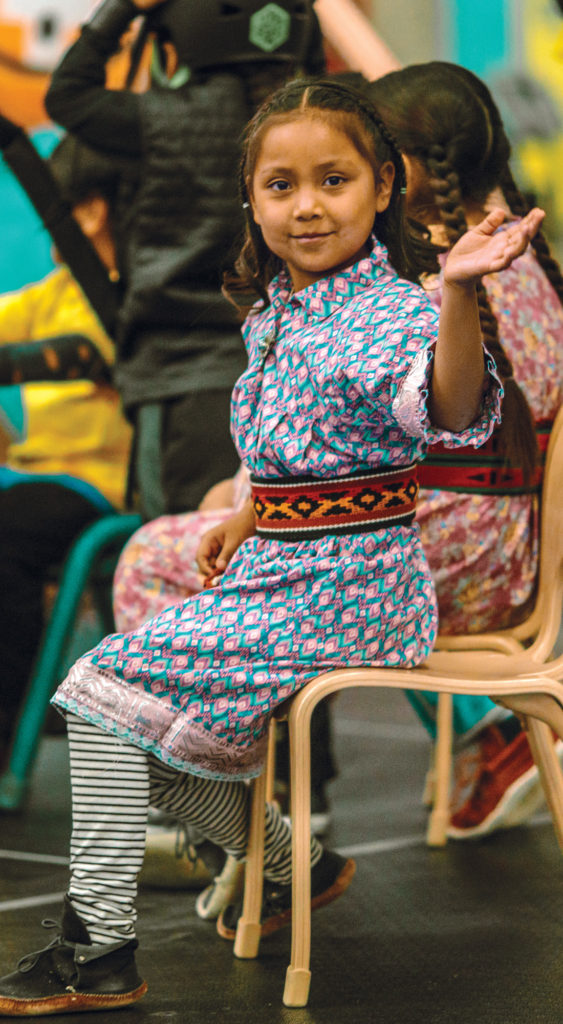