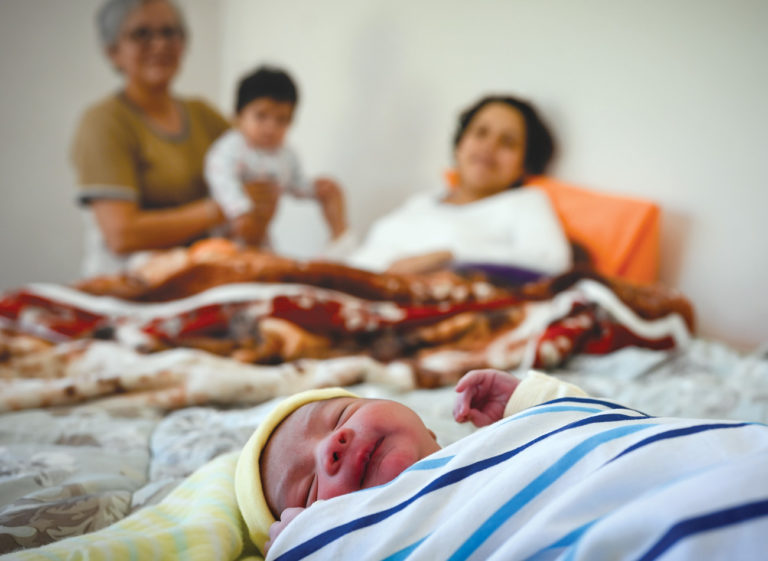 In Mexico, the women of Chiapas traditionally have been unheard.

An Indigenous people, many live in the mountains and forests of the area’s rural highlands, and often speak the Mayan language of their ancestors. In the institutional halls of power where Spanish is the dominant language, their voices have been muted.

Today, women in Chiapas are organizing, elbowing their way into conversations that traditionally excluded them. They are led by the Movement of Midwives of Chiapas Nich Ixim (Nich Ixim), a coalition of more than 200 midwives from 25 municipalities who have come together to demand respect and recognition. This intergenerational group is reorienting perspectives on how to promote health in Chiapas, where midwives often are the preferred or primary source of medical care.

Midwives attend half of the births in rural Chiapas, and the majority of births in Indigenous communities. They play essential roles in promoting the health of mothers and infants, and in reducing maternal and infant deaths. Last year alone, 199 midwives from 19 municipalities across Chiapas collectively conducted 3,338 prenatal check-ups, attended 4,994 births and made 1,438 visits in the weeks following birth. Even so, they are often systematically sidelined or excluded by Mexico’s health care system.

With support from Kellogg Foundation grantees Global Pediatric Alliance and Formación y Capacitación, Nich Ixim has become a formal organization, and convened a series of meetings to collect more data on midwifery’s impact on women’s and children’s health. They have also organized workshops on how to best meet the medical needs of new mothers, and trainings to strengthen Nich Ixim’s leadership.

“Our objectives are to demonstrate that traditional midwives have helped women survive under dangerous conditions in remote places,” says Martha Moreno, the training program director with Global Pediatric Alliance. “Without them, the rate of maternal deaths would be much higher.”

In the past two years, the Movement of Midwives of Chiapas Nich Ixim has met with officials from Mexico’s National Human Rights Commission, the Supreme Court of Justice and the Ministry of Health to ensure that traditional midwives are supported as they help pregnant women deliver healthy
babies in their communities. They also have elevated these issues to the Special Rapporteur of the United Nations Commission on the Rights of Indigenous People. The Commission incorporated the midwives into a recent report, and acknowledged Nich Ixim’s work on the issue.

IN 2017, ROUGHLY 200 MIDWIVES FROM 19 MUNICIPALITIES ACROSS THE STATE OF CHIAPAS:

VISITS IN THE WEEKS FOLLOWING BIRTH

“No more silence. From now on … who we are and what we know must be valued.”

Like the midwives, women who work as artisans in Chiapas are organizing to improve their economic well-being. Many Indigenous women in the region support families by creating and selling intricate textiles, but receive little pay and may have designs copied without permission or compensation. 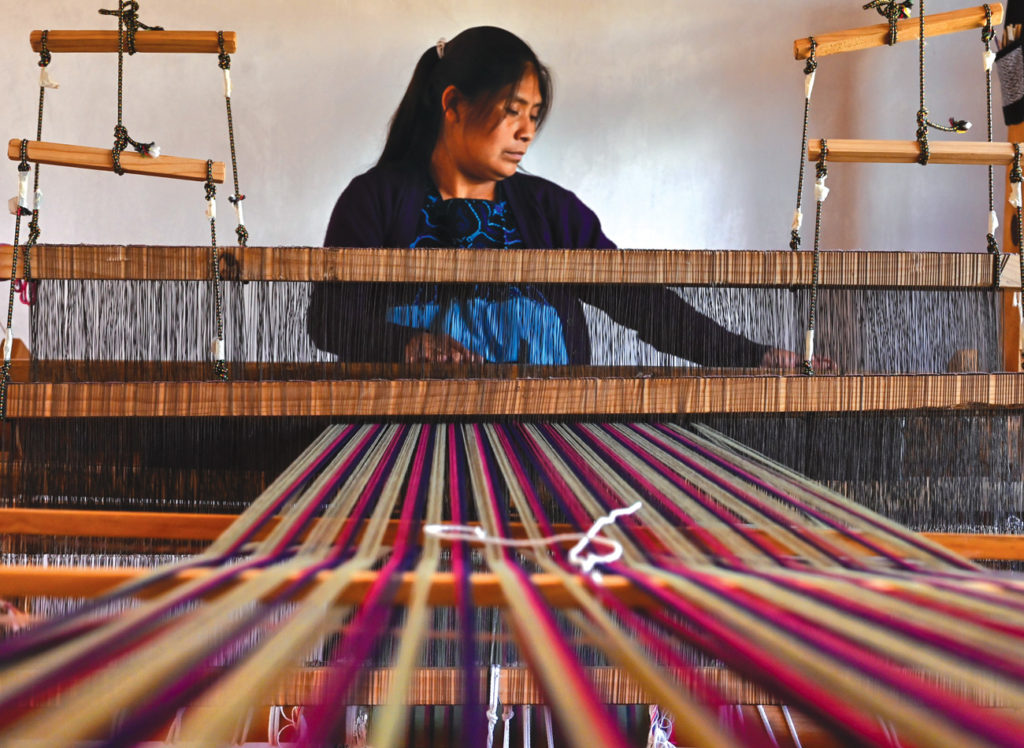 In response, these artisans are organizing a network, Red de Cooperativas del SUR, throughout Chiapas and across Latin America to have their cultural images classified as intellectual property and protected by law. This designation would allow the artisans to enlist legal help to prevent the pirating of their designs and increase earnings for their work. In partnership with the Kellogg Foundation, K’inal Antsetik provides the artisans with training to strengthen their businesses, develop their leadership skills, and grow their movement.

“No more silence,” says Xinico Batz. “From now on … who we are and what we know must be valued.”