The W. K. Kellogg Foundation is proud this week to announce the five Awardees for Racial Equity 2030. From now through 2030, WKKF will contribute $80 million to help build and scale the bold work proposed, driving concrete and transformative change in systems that uphold racial inequities to create a more just and liveable world for all.

“Our children … require more than hope,” wrote president and CEO La June Montgomery Tabron for USA Today. “They require leadership and action – and the time for that is now.”

Racial equity, as noted this week, is on the minds of individuals and organizations in our country and worldwide – but many find themselves stuck in the thought phase, unsure how to move toward action. To celebrate its 90th anniversary, WKKF set out to make ideas become reality.

The foundation received more than 1,400 applications from seventy-two countries. The five Awardees for Racial Equity 2030 are:

“The grant comes at a time when communities of color are grappling with racial inequities and trauma exacerbated by the pandemic,” noted Mauricio Peña in his piece for Chalkbeat Chicago, “Youth-led Chicago initiative gets $10 million grant to expand its reach.”

Healing Through Justice will also work within traditional mental health systems to identify systemic racism and develop accountability to the communities they serve.

Learn More about Healing Through Justice

Partners in Development and Opportunity Youth Action Hawai’i, for Kawailoa, a transformative model to end youth incarceration in Hawai’i by employing Native approaches to healing and restorative justice. Kawailoa will educate Native Hawaiian youth on restorative systems, equip them with life skills for independent living, and build resources and capacities for youth and their families.

The Office of Hawaiian Affairs celebrated the award as “a major win for Hawaiʻi [that] furthers the message that what is good for Hawaiians is good for all of Hawaiʻi.”

The Indian Law Resource Center, for Indigenous Lands Initiative, a permanent Native-led institution to equip Indigenous people to secure ownership of their land in Mexico, Central, and South America, providing them essential technical and legal aid.

Bureaucratic and biased policies of the past often shut out Indigenous people from the system of legal titles which secures land ownership. “Legal, documented land ownership will be transformative for Indigenous communities,” said Leonardo Crippa, a senior attorney with ILRC and the director of ILI. “Secure land rights will create a level of legal, economic, and political security never previously realized — an opportunity for communities to prosper and improve lives.”

ActionAid Brazil, for the SETA Project (Sistema Educacional Transformador e Antirracista), a campaign across Brazil to disrupt racial, educational and social inequities and begin a process for national racial healing through an antiracist education system. “While a majority of Brazilians now identify as Black or mixed race,” noted Carli Pearson for USA Today, “glaring, long-entrenched socioeconomic inequalities persist between the Black, mixed and Indigenous populations vs. white populations.”

The SETA Project seeks to train thousands of public school staff at all levels; engage with hundreds of Black, Quilombola and Indigenous community leaders; and reach 50 million people through three National Anti-Racist Education campaigns. Ana Paula Brandão, a manager of the SETA Project, said, “It is necessary to create an educational ecosystem that understands and pressures public authorities about the importance and urgency of investing in racial equity in education. That is why we are planning actions with different social groups: networking with key sectors, mobilizing society, and partnering with universities, institutes, foundations and funds that work with education.”

Learn More about the SETA Project

Namati, with Overcoming Environmental Racism by Knowing, Using, and Shaping Law in Kenya, Sierra Leone and the U.S., a global project to equip communities of color with the power of law to protect themselves and ultimately transform environmental policy.

Around the world, communities of color suffer disproportionately from the causes and impacts of climate change – while having little say in the formation and implementation of environmental policy. Namati’s vision will combine the power of law with the power of organizing, equipping marginalized communities with skills and resources to understand, implement, and transform the law.

Describing the work of Namati in 2021, founder Vivek Maru explained, “Our goal is not a paralegal for every problem. Our goal is to make the system such that people can solve their problems themselves without a paralegal.”

Vox and NowThis News will continue to report on the five RE2030 grantees through mid-November. 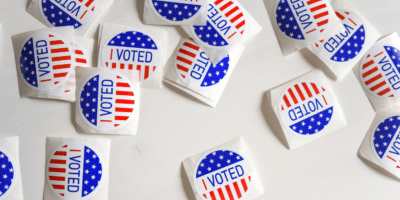 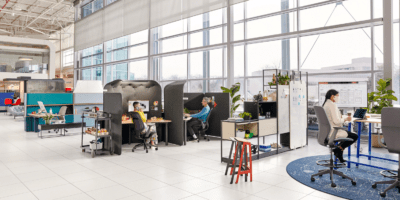 By Every Child Thrives
Jobs 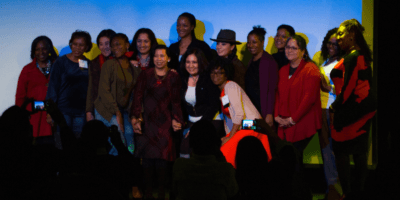