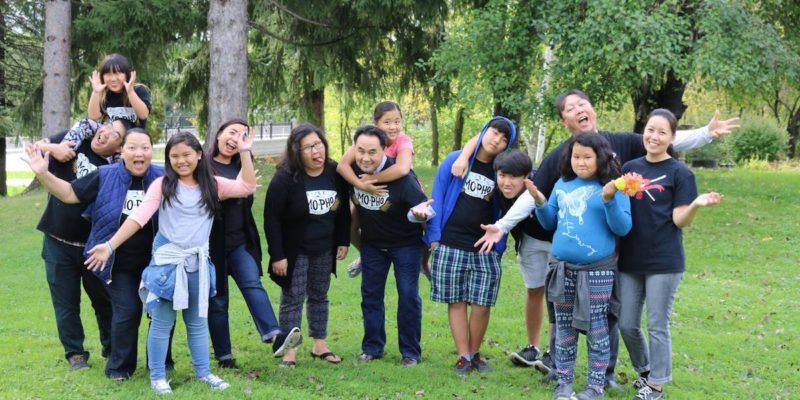 In the late 1990s, Asian Americans/Pacific Islanders in Philanthropy (AAPIP) published a benchmark study highlighting a big disparity: the Asian American community was growing at more than 46% annually, and yet year after year, less than one-half of 1% of organized philanthropy was being directed toward not just AAPI communities but all communities of color combined. “Traditional organized philanthropy was really not responding to the degree that we needed,” says former AAPIP President and CEO Cora Mirikitani. “So we started wondering: How can we bring new financial resources to AAPI communities in need?”

For AAPIP, the answer was giving circles. In 2011, the organization established the first-ever AAPI giving circle as part of its National Giving Circle Campaign, a five-year push to establish and grow 50 giving circles throughout the U.S. and engage new AAPI donors to give back to community organizations and causes. “It was an experiment to see what kind of role we could play in helping to spur and catalyze likeminded people in the AAPI community to come together and pool resources to make a bigger difference,” Mirikitani says.

The circles that formed were highly diverse – from LGBTQ circles to ones focused on AAPI communities within particular cities or regions. Many members were completely new to giving circles but not to the concept of collaborative generosity.

For the Hmong community of Minnesota, many of whom fled as refugees from the wars that ravaged their homelands in Laos, community giving isn’t new. “Hmong people have always pooled their resources, rarely giving money to a cause just on their own,” says Kaohly Her, one of the founders of the Bad Mo Pho Phamily (BMPP) Giving Circle launched by eight Hmong families in 2012. Adds fellow BMPP founder Bo Thao-Urabe, “Creating a giving circle felt like a new way to participate in serving our community, but also to think more from an asset-based approach about how we contributed to resolving community problems.”

BMPP was designed as a multigenerational giving circle, so that all family members could be involved. “We thought it was important not only to engage in giving, but to engage our children so that they could continue the tradition of being people who give and serve the communities as well,” explains Her. The BMPP families quickly discovered how deeply they could make a difference, gifting almost $100,000 since 2013 to more than 30 community groups, many of them “grassroots organizations that were barely surviving but were doing a lot of good work,” says Thao-Urabe.

Creating a giving circle felt like a new way to participate in serving our community, but also to think more from an asset-based approach about how we contributed to resolving community problems.

AAPIP explored several different giving circle models through its campaign – from ones self-organized at the grassroots level to those incubated within community foundations, as well as corporate employee giving circles. “There were benefits and challenges to each model,” admits Mirikitani. By the end of 2015, AAPIP had helped establish 54 giving circles nationally — surpassing its goal. Together, these giving circles comprise 5,000 individual donors who have re-granted more than $3.3 million to nearly 500 Asian American/Pacific Islander organizations and causes.

During the campaign, AAPIP convened all of the circles once a year, which proved a profound experience for most members. “They were all sitting in the same room, looking around, and really understanding the power of a network – that together they represent a movement that is filling a need that was not being met before,” says Mirikitani. “It really animates the idea that even small donors who are working together can make a big difference.”

When AAPIP polled its giving circle members in 2014, 95% said they felt they could have a profound impact on their community through their giving, and 100% of members under age 25 increased their giving after joining a giving circle.

I feel very much like the giving circle is an extension of who I am as a person and a very tangible way for me to live out my values.

“Giving circles are helping ordinary, everyday people realize that they have the ability to be a powerful force for good in the place where they live,” says Mirikitani. “They’re helping those optimistic enough to envision a better world and practical enough to know they have to roll up their sleeves to make that world a reality.”