The W.K. Kellogg Foundation’s Expanding Equity program helps workplaces become more racially equitable places of opportunity. The program supports and inspires actions that advance racial equity, diversity and inclusion among leaders, within companies and within industries. This interview is the first in a series highlighting individual leaders’ personal racial equity, diversity and inclusion journeys, and the impacts of those experiences on their careers.

Ralph de Chabert has more than 35 years of experience in leading diversity, equity and inclusion (DEI) efforts. He started his career teaching and coaching in the Cleveland school system and took his first role in DEI in 1985 at Pope and Associates, a consulting firm in Cincinnati, Ohio. From there, he’s held executive-level DEI positions at Safeway, McKesson and American President Lines. Most recently, he served as the senior vice president, chief corporate citizenship officer for Brown-Forman Corporation, one of the largest American-owned spirits and wine companies in the world. Under his leadership, Brown-Forman’s DEI efforts grew to include nine Employee Resource Groups and 26 Diversity & Inclusion Councils across the globe. The company recently announced a 10-year global diversity and inclusion strategy that, for the first time, set quantifiable ambitions for the 2030 representation of women and people of color.

Ralph recently retired from Brown-Forman and generously sat down with us to reflect on his career, share how racial equity, diversity and inclusion efforts have evolved, and offer advice to others who seek to be what he calls a “ripple of change.”

Q: What does racial equity, diversity and inclusion in the workplace mean to you?

“When I think of race, equity and inclusion, there are a number of things that come to mind. I don’t just stop there because equity for me ultimately means fairness. So, I’m thinking about race, gender and sexual orientation, and I think about so many dimensions of diversity that this equity piece touches along with race and the idea of inclusion. I struggle sometimes with who is including who, and we have to be so thoughtful and careful about this whole idea of inclusion.”

“Ultimately, I’m in the place where part of what I believe to be true is that being inclusive is also about including myself and other people’s experiences, so I learn from them and their culture. If I can get to a wonderful place in this work, [it] would be that each of us will be able to see ourselves in the other person. That would be ideal. It goes back to respect for your humanity. But if I can see myself in you, then chances are pretty good that I’m going to treat you very differently. That’s my hope.”

Q: Why did you decide to pursue a career in diversity, equity and inclusion?

“…I went to a lot of organizations, and a company called Pitney Bowes, was doing really good work. The head of HR, Ann, was a wonderful person, and she gave me more time than any of the VPs I reported to gave me. We talked about diversity and how important it was and how much work they were doing. I asked her at the end, ‘Ann, why did you give me so much time?’ [She said,] ‘Ralph, it’s because I grew up in Ireland. It didn’t say no Blacks, [but] it said no Catholics. I saw what [that] did to my father, and this work is important to all of us.’ So right away I had some strong images around, not only the importance of this work, but the idea of sharing the work, and the whole notion of ripples of change became important to me.”

“When we are struggling with issues around race, there are times when the tension is just awful because bad things happen, and I’m not a stranger to those bad things.”

“I was on a basketball court, and this is in a neighborhood a mile away from the apartment that I lived in. I’m in this area, and I’m with five high school kids. Their parents trusted me with them, and we are playing some three on three [games]. These 12 White men came into this area, and there’s only one way out because it’s all fenced in. The men had been smoking reefers, drinking and such […] One of the big guys said to one the kids – put a bottle up to the kid’s face – and said, ‘drink this.’ […] I said, ‘we don’t want any trouble, just let us leave…”

“It became a schoolyard fight with everyone circling around […] I yelled at the kids and the kids were able to get away. I was left with these 12 men, and they beat me pretty severely. When I say pretty severely, I had an awful lot of injuries. The only reason I’m here today – the only reason – is because one of them was sober enough to say, ‘stop or we’ll kill him.’ I remember he said it twice. I lost consciousness, but they were gone, and I regained consciousness and I was a bloody mess.”

“That something in him was the very thing that keeps me going as well because I believe that somewhere in that man’s life experiences, someone touched him positively and constructively enough to know that there were limits – that he needed to stop. That he had a sense of humanity that caused him to stop. It’s that kind of experience that says to me, as diversity professionals, we have to do this work. We have to keep touching people because you never know how that gets translated in their world of experiences as they move on. When I think about ripples of change, I think about that.”

“I will tell you another story […] I was doing some diversity training in Florida. It was a two-day session. People are set up in a horseshoe fashion, and I ask people to tell me your name, how long you’ve been in the company, what do you do. This was a manufacturing plant in Florida. The group was largely White. The first person told me his name but not anything else. The first person said, ‘I’m not answering that stuff because I’m not interested in this.’”

“I thought this is going to be a long two days. We were together for two days, and he never said a word. At the end of the class, he said, ‘You made progress.’ At that point, I don’t know if that guy is messing with me or what, so I thought I’d ask, ‘What do you mean by that?’ He looked right at my face and said, ‘My father and my grandfather were in the Klan. They would not have sat in this class. I sat here, and I listened– you made progress.’ You know, you just don’t know when it comes to who you might touch and what kind of ripples can be created.”

Q: How have you seen racial equity, diversity and inclusion efforts in the workplace evolve over your career?

“When I think about the evolution of this work … the most significant work I’ve seen over time almost always is experiential learning. That has been profound and has produced the most transformative behavior.”

“So, when I think about the transitions in this work, I would say that experiential learning is far less confrontational, but still very emotionally provocative because I do believe that each of us has to find a compelling reason for doing the work. I think when you find that compelling reason, it’s going to be anchored to something you are emotionally connected to … so we have to figure out, how do we connect, how do we touch those emotional places that will allow people to anchor and feel a sense of ‘I’m compelled. I don’t have a choice but to do this work.’”

Q: How do you sustain momentum for racial equity, diversity and inclusion work?

“Here at Brown-Forman, we were able to see that all of those folks that were engaged in our Employee Diversity Groups (ERGs), when we looked at our Employee Survey responses […] they were 5 percent more engaged than any other employee in the company, and we have very high engagement scores. So, what it told me was that they were having success and [that] success was feeding other success. It is all about having small wins and celebrating it.”

“The other part, this is where it’s tricky, is trying to achieve a level of selflessness even within ERGs. What I’m asking ERGs to do is to celebrate success within the ERG and be happy when someone gets a promotion. It might not be because of the work you are doing. Look to the other ERGs and celebrate their successes and be there for them when things are not so good and when we have some of those tragedies in society. I want all of us to be able to come to support one another because it affects me as well. There’s a phrase in Africa and some of you may have heard it, it’s “ubuntu” it loosely translated, it means “I am, because you are.” For me, that’s behavior cues behavior. […] I am because my mom was. I am because all folks in the organization who are doing the work, who are giving ways that lots of times we don’t even know. We see the results of what they are doing. I am driven because they are doing the work.”

Q: What are some words of advice that you want to impart to others who are working on diversity, equity and inclusion efforts in the workplace?

“I do want to share with you that I don’t want you to lose sight of the fact that you are not in this work by yourself … this work is happening around the world. It’s growing – I think about the growth I’m seeing. There were times in Europe where people would say I don’t even know what that word “diversity” is. And now we are talking about diversity, equity and inclusion. In Asia, folks would struggle, [because they] didn’t even how to translate it.”

“I would say to folks who are in this work – nothing happens unless you do the work. That’s the thing that I’m always saying to folks – do the work. Just do the work … you may never know it, but if you have faith and you have hope, you begin to make a difference. Never sell your work short. Don’t become overwhelmed by the enormity of the work because it’s huge. Take the resources that you have and maximize them to the best of your ability and celebrate those small wins.” 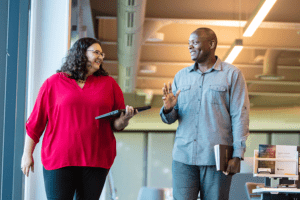 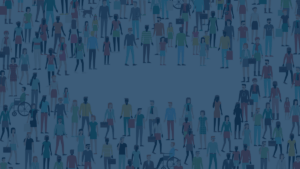 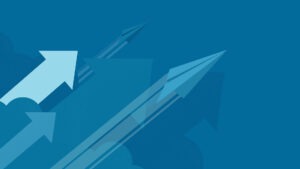 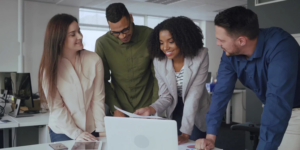 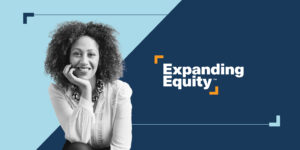