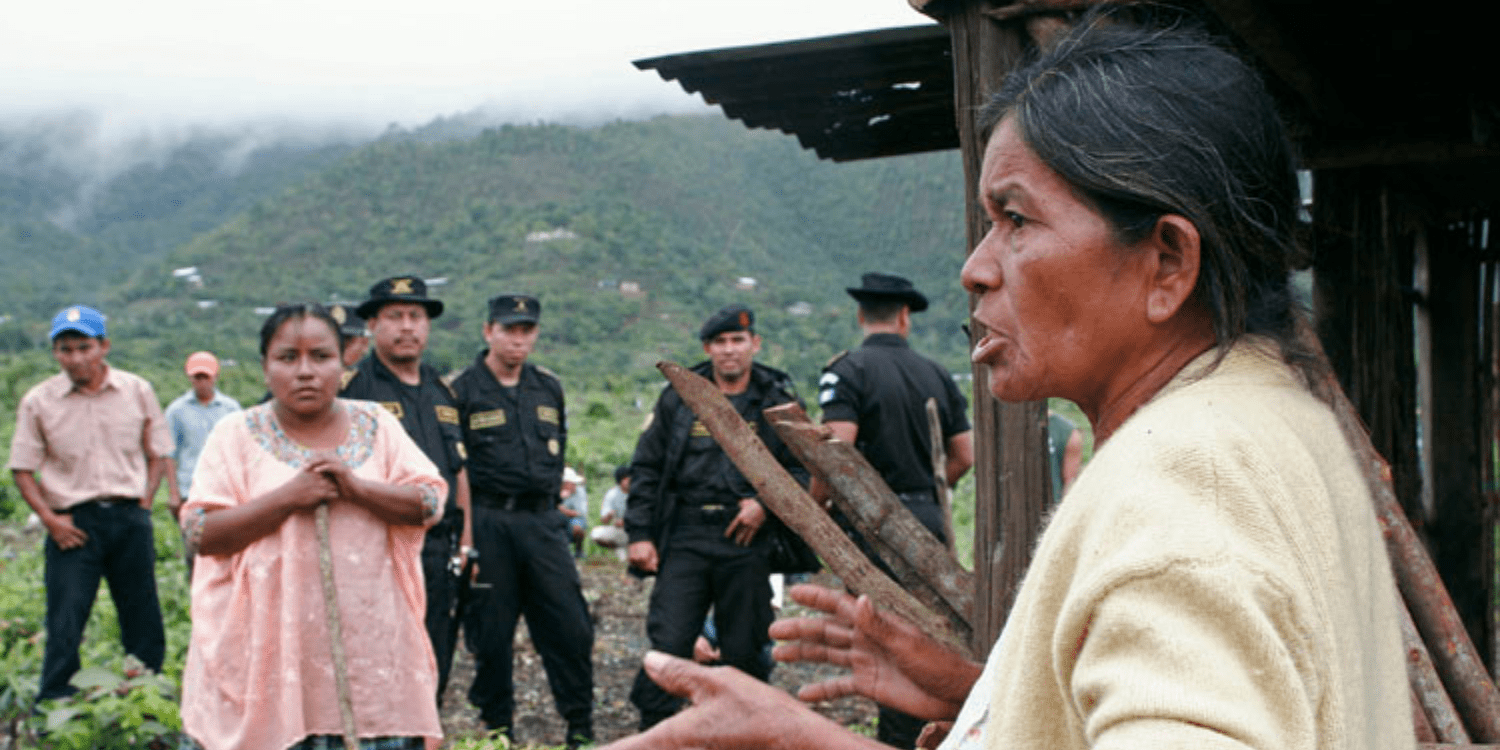 This content is also available in: Español (Spanish) Português (Portuguese)

Indian Law Resource Center (ILRC) and its partners are finalists for the Racial Equity 2030 Challenge, a global call to advance racial equity in the next decade. By providing training in titling procedures and expert legal support, ILRC is helping Indigenous communities to secure land rights critical for strengthening their social, economic and political power.

“Our land is our mother, our earth, our market, our medicine. We will always defend it. Even with our lives.”

Indigenous people have spent decades holding the front line in the fight against climate change, protecting the land vital to their survival and that of the rest of the world. However, their ability to keep doing so is under threat by the failure of governments to recognize Indigenous peoples’ rights.

Illegal settlers, miners, drug traffickers, and commercial interests invade their territories daily, burning forests, polluting waters, and assaulting and killing community members. They are abetted by governments that have long viewed Indigenous communities as expendable and refuse to recognize their land rights legally.

But the land has its own power.

“The land is our mother, our earth, our market, our medicine. It is the only inheritance that our ancestors have given us,” says Miguel Guimaraes, vice president of the Interethnic Association of the Development of the Peruvian Amazon and an Indigenous Shipibo leader from the Flor de Ucayali community in Peru. “That’s why we are always willing to defend it, even with our lives.”

Attacks on the land and those defending it continue to escalate. Since the start of the COVID-19 pandemic, more than 20 Indigenous leaders in Peru have been murdered. For Guimaraes, this hits close to home. He received two anonymous death threats between 2018 and 2020. The most recent threat was delivered one week after he spoke at a public hearing of the Inter-American Commission on Human Rights.

“We have been discriminated against ever since colonial times,” says Armstrong Wiggins, a Miskito Indian from Nicaragua and director of Indian Law Resource Center’s Washington office. He has been jailed twice in Nicaragua in his fight for Indigenous rights. “Our right to land is the most important thing for us to survive as a people.”

The Indian Law Resource Center (ILRC), the Interethnic Association of the Development of the Peruvian Rainforest (AIDESEP) and the Coordination of Indigenous Organizations of the Brazilian Amazon (COIAB) have joined together to help Indigenous peoples in Mexico and Central and South America secure legal title to their lands — a move that will eliminate one of the most harmful elements of structural racism, deliver an equal opportunity to Indigenous peoples, and protect the forests that are critical to slowing climate change.

Since 1978, the ILRC has worked to reform unjust laws affecting Indigenous peoples across the Americas — from Arctic Alaska to the South Pacific Island of Rapa Nui, a territory of Chile.

In Mexico and Central and South America, Indigenous peoples occupy an estimated 404 million hectares (998 million acres) — 20% of the total area in the region. Of that, about one-third (135 million hectares / 333 million acres) isn’t formally recognized as Indigenous territory, leaving many Indigenous communities and the land exposed and vulnerable to invasion and destruction. Indigenous communities have only varying degrees of legal recognition for the rest, often only customary tenure or usage arrangements rather than legal land titles and ownership rights.

The lack of protection stretches back to the colonial period when new governments refused to recognize the land rights of Indigenous peoples. Government denial of secure land rights perpetuates systemic poverty, violence, and extreme inequity across the Indigenous communities of Mexico and Central and South America.

According to the International Labour Organization (ILO), 45.5% of Indigenous people in the region are poor, and 7.1% are extremely poor — more than double the rates for non-Indigenous individuals. They suffer severe disparities in employment and labor markets, education, health care and access to essential services.

It is also crucial in the fight against climate change. Eighty percent of the world’s forest biodiversity exists within Indigenous territories where intact forests store massive amounts of carbon and regulate regional temperatures and rainfall.

According to a 2018 study published in Ecological Economics, legally titled Indigenous land in Brazil, Bolivia and Colombia released 73% less carbon than non-Indigenous lands. A subsequent 2020 study in the Proceedings of the National Academy of Sciences found that Indigenous territories show significantly less deforestation when protected by full property rights.

As part of the W.K. Kellogg Foundation’s Racial Equity 2030 challenge, ILRC will work with Indigenous communities in Mexico and Central and South America to attain the legal, economic and political security that has eluded them for more than 500 years. ILRC has three objectives:

Land ownership will give communities increased economic benefits, greater physical safety, a stronger political voice, and a solid foundation for well-being. ILRC will work alongside five Indigenous communities to secure their land rights and expand to more than 45 others by 2030.

At the same time, ILRC will work to change titling laws and procedures to speed the titling of Indigenous lands, all to establish equity and fairness in land ownership, which is the key to Indigenous self-determination. Indigenous community leaders will determine the changes they see as most important to them.

What titling will do: lead to many gains for Indigenous communities, including benefits that:

ILRC has a 45-year track record of winning significant land rights cases and creating rules of law concerning Indigenous lands. For example, in the early 1980s, ILRC won vital protections for Yanomami lands in Brazil and helped end an invasion that had caused many Yanomami deaths and threatened their continued existence.

Working with the Maya peoples of Belize, ILRC pioneered the use of community mapping by Indigenous peoples to assert and defend their rights to their lands. In Nicaragua, ILRC’s legal work in the Awas Tingni case led to the Inter-American Court of Human Rights landmark 2001 decision affirming Indigenous peoples’ collective land rights. ILRC is currently arguing a case before the Inter-American Court to compel Guatemala to title the lands of the Mayan Agua Caliente community and end unfair policies that fail to recognize Indigenous communities’ collective ownership of their lands and natural resources.

AIDESEP just completed a five-year land titling project that resulted in titles to 230,000 hectares (568,342 acres) of the rainforest.

“In just five years, AIDESEP titled more land than the Peruvian government had in the 20 years prior,” says Guimaraes, adding, “When a private party tries to recognize ownership, it only takes one month. But when an Indigenous community wants recognition, it can take 20 to 30 years.”

Discrimination continues despite the 2007 United Nations Declaration on the Rights of Indigenous Peoples, which was adopted to pressure countries to recognize and respect Indigenous rights and change unjust laws. And despite a subsequent 2016 declaration from the Organization of American States affirming the importance of protecting the rights of Indigenous peoples and recognizing their critical contributions to the world.

This world recognition, Guimaraes says, has not changed much at the local level. “Of all the funds raised to protect the rainforests in the Amazon, just 1% goes to Indigenous communities — the stewards of that land.”

Deforestation continues, as do invasions by drug traffickers and commercial interests. Indigenous communities are left unsupported to defend the natural resources that sustain them.

“The struggle for Indigenous people will always be (for) the land,” says Guimaraes. “We’re defending our Amazon not only for our people but for the world.” 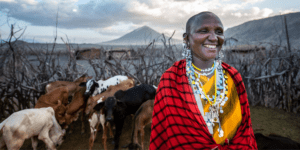 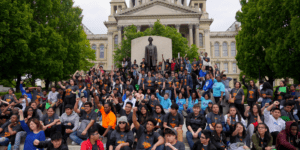 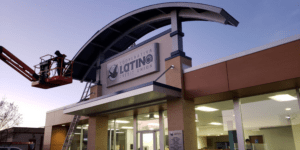 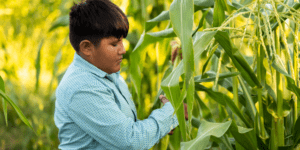 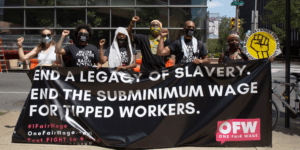 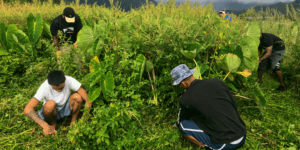 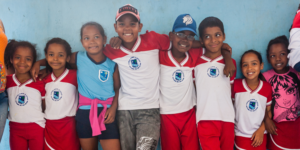 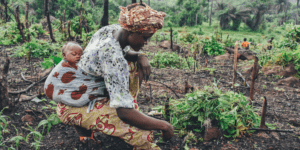 By Every Child Thrives2 hours ago 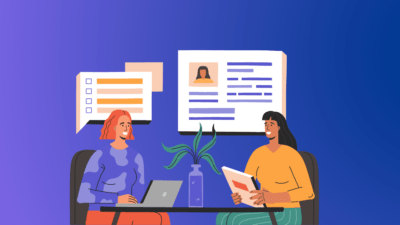 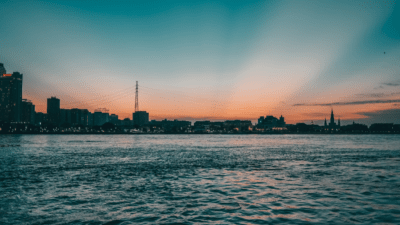 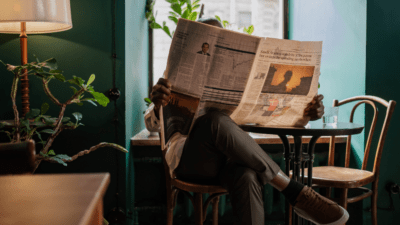 What does it take to support local journalism in Mississippi? 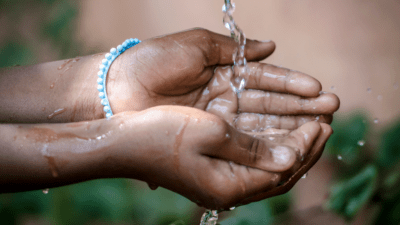