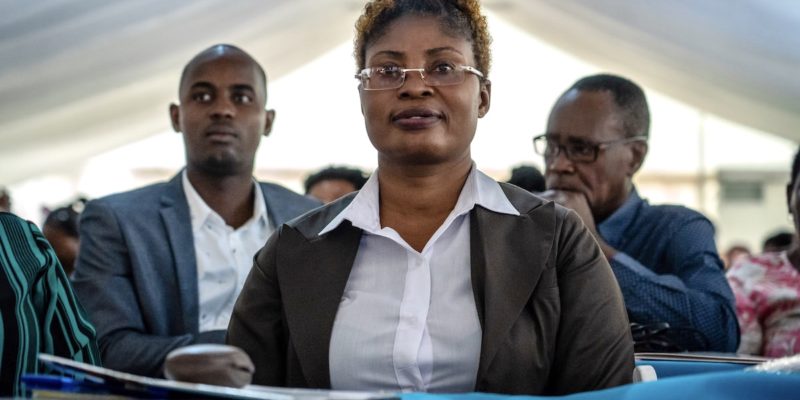 “We are holding this forum during a very difficult situation,” Mayor Rosemila Petit-Frère said at the start of September’s Forum of Haitian Women Elected Officials on the edge of her coastal city, Akayè.

Getting to the event was a challenge. A nationwide fuel shortage led to long lines outside gas stations that snarled traffic. And in many places, anti-government protesters blocked the way with burning tires and roadblocks. Yet hundreds of women politicians and feminists from across the country and beyond gathered to discuss how to combat corruption, violence and pollution, and how to support more women leaders in the country.

For Mayor Petit-Frère the “difficult situation” referred to more than an inconvenience. The causes of protests – mainly official corruption, high inflation and lack of economic growth – were dimming prospects for stability and hope for the future. Petit-Frère told the crowd that in times like these, it is more important than ever that women leaders step up. She quoted Leo Tolstoy in saying, “Women, you hold in your hands the salvation of the world,” and added, “Ladies, our participation in the political life of our dear Haiti has never been so necessary.”

Petit-Frère grew up in the coastal city of Akayè, known for fishing and plantain production. Her parents worked in agriculture, but she quickly took a different path. “I started my political career at a very young age,” she said. “Sixteen years old. That’s when I created an organization called MESOFA, the Movement for the Social Evolution of Women of Akayè.” She wanted to fight for women’s rights and to see her community prosper. She said she decided to run for City Hall because of her desire to serve the population, and “because a mayor is an agent of development.”

Asked what makes a good leader, Petit-Frère said, “Good leaders train others, share what they have with others, strengthen others.”

These are tendencies Petit-Frère exhibits. She’s been working closely with the W.K. Kellogg Foundation (WKKF) on the Sustainable Village and Learning Community (SVLC), in partnership with the State University of New York, non-profit organizations and local professionals and businesses in Akayè. The aim of the project is to apply expertise in a range of fields to develop the local economy and improve the education and health of residents.

Petit-Frère’s work also extends well beyond Akayè. September’s forum was the second she’d organized in two years, and this time she invited a delegation from Rwanda. She had visited women mayors there in 2018 with Kellogg Foundation program officer Alix Cantave and came back inspired. In Rwanda she saw much to emulate, including cleanliness, high political inclusion of women (among the highest in the world), collaboration between local and central authorities, and most importantly, a country at peace 24 years after genocide.

“My visit to Rwanda changed a lot in me,” she said. “It gave me more maturity, more devotion, more passion to be able to develop Akayè because I was able to envision it becoming a modern city.” At this forum, she said, the Rwandan delegation “can be a source of hope for us.”

Following that September gathering, the situation in Haiti remained tenuous, but Petit-Frère’s work has continued. In November she visited Rwanda again with WKKF representatives. Back home, the SVLC plans are progressing, and she’ll keep bringing together women from other cities to support the kind of leadership needed to move Haiti toward stability and economic development.

Fighting together for what matters 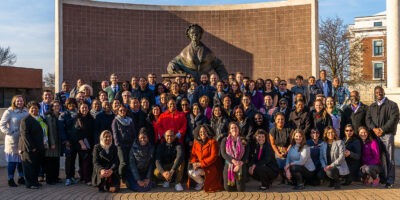 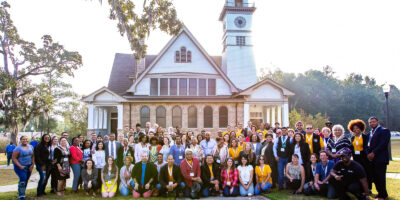 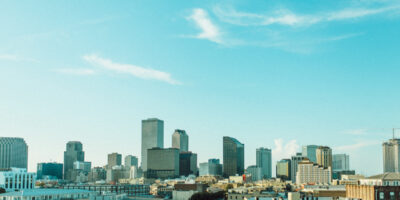