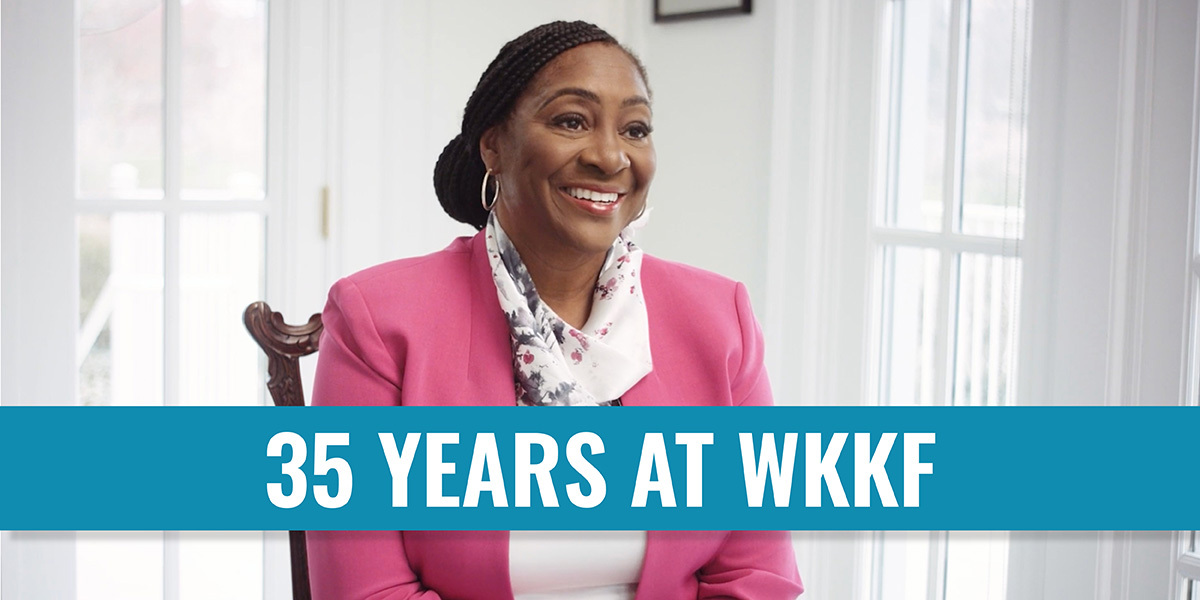 This month our president and CEO, La June Montgomery Tabron celebrates her 35th anniversary with the W.K. Kellogg Foundation. In honor of this milestone, we asked her a few questions to gain a bit more insight into the woman leading our organization. Check out this 3×5 featuring La June’s 3 personal favorites and 5 career highlights.

1)  What’s your favorite book and how has it impacted your life?

As a child, I read Sydney Taylor’s All-of-a-Kind Family book series. There was More All-of-a-Kind Family, All-of-a-Kind Family Downtown, All-of-a-Kind Family Uptown… This series is written from the perspective of children and it’s where I first learned and understood about the Jewish faith and Jewish traditions. The books have just stayed with me throughout my life. One other book that is very important to my family is Claude Brown’s autobiographical Manchild in the Promised Land. Every person in my family had to read and talk about this book. These books helped formed my understanding that there are many, many variations of the human family and how we can and need to learn from all of them.

2) You are someone who loves music! What’s your favorite song?

I have so many favorite songs! In my adult years, I would say my favorite is Ain’t No Stopping Us Now. That’s one of my all-time favorites… it’s my life’s theme song.

Ooh! A character in a movie that inspires? All three of the women in Hidden Figures. When I see Taraji P. Henson running through that building to go to a bathroom three buildings away and get back to do her work, that’s the kind of passion and commitment that African American women had and continue to channel every day.

1) As a kid, do you remember what you wanted to be when you grew up?

2) 35 years ago, do you remember who you had lunch with on your first day?

I do! It was Dr. Russ Mawby, the CEO of the foundation. Laura Davis, the corporate secretary, was there, and…who else was in the room? My bosses, the VP of finance, along with other executives. It was a pretty formal lunch — but certainly a memorable day! The night before, I had stayed at the Stouffer Hotel and in the middle of the night, a security guard banged on my door, woke me up and said I was not supposed to be in that room. Ugh. Somehow they determined that, and I don’t know how they figured it out, but I was in a room that had been listed as vacant. And yet when I checked in, they gave me a key. And all of a sudden in the middle of the night, they burst into the room saying that I didn’t belong there, kind of ironic. But I went to the foundation the next day and I shared this story, and they were completely embarrassed. They were trying to recruit this African American woman to Battle Creek, Michigan, saying that it’s open and welcoming. And, the hotel had told me I didn’t belong. And here I was in this room full of white people, trying to explain why the hotel felt I didn’t belong the night before, so it was a pretty powerful lunch. And Dr. Mawby did stand up as CEO and apologize for what had happened. So that started our racial equity journey.

3) You’ve held many roles at the Kellogg Foundation (controller, executive vice president of operations and treasurer, among others). Which role or roles have had a long-lasting impression on you?

Some of the most important work I’ve done is when I had the opportunity to expand my experience beyond finance and lead programmatic work in Mississippi. My family is from Mississippi originally, so it was also personally, a very powerful opportunity for me. It also said a lot about where the foundation was headed with a networked organizational model to optimize our staff expertise, and how we see people in the organization who show up with talents that may not even be on our resume.

4) Did you always want to be President and CEO? When did you really see that as an option in your career path?

No, when I started at WKKF, I was going to be the controller, thinking it was a five-year endeavor. So, I said to myself, ‘I’ll do this for five years, and then I’ll see what my journey is after that.’ Now to be celebrating 35 years, it shows me a lot about divine intervention and that’s certainly a lesson for young people. You may not know the course you’re supposed to be on, and sometimes you just have to pause and reflect on the moment, and listen for someone else’s voice around where you should be and how to get to where you need to be.

5) You make time to sit down with new staff, to talk with them about the foundation when they first join the team. What was the inspiration behind your Coffee Chats?

I started these Coffee Chats because I wanted our new staff to understand the importance of our foundation’s core values, our mission and our vision, how these align with Mr. Kellogg’s original intent for creating the foundation and why it’s important for us to keep children centered as our north star. As our foundation t-shirt says: It’s not about me. It’s not about you. It’s all about the children. My Coffee Chats aim to reinforce that message. 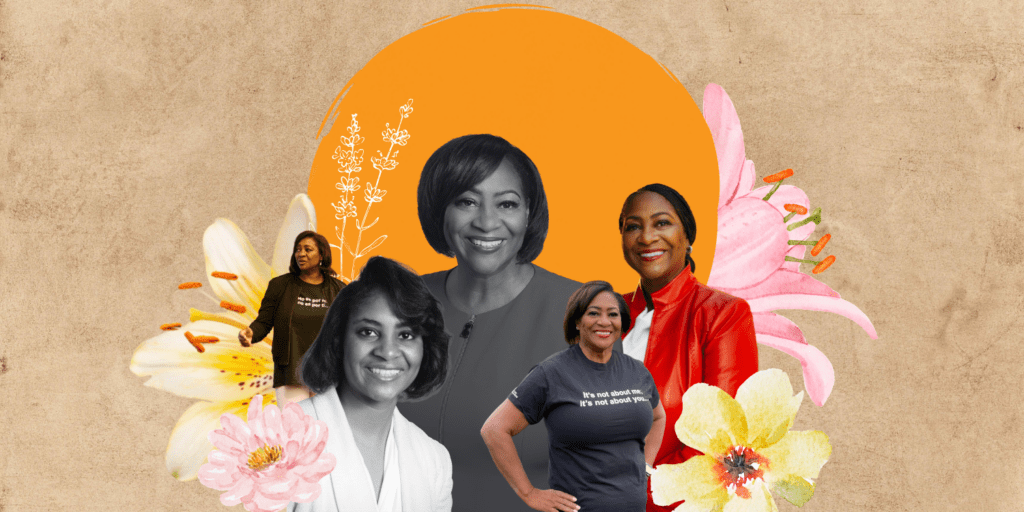 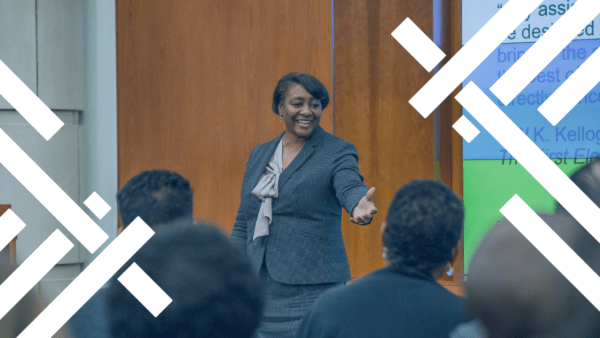 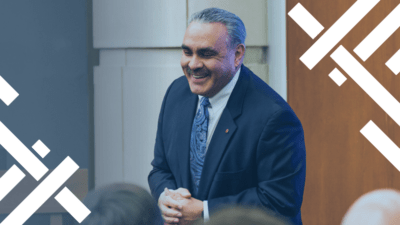 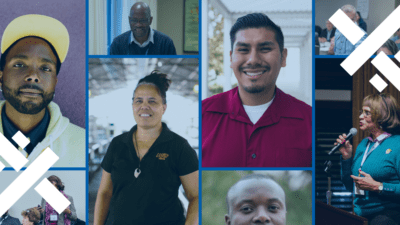 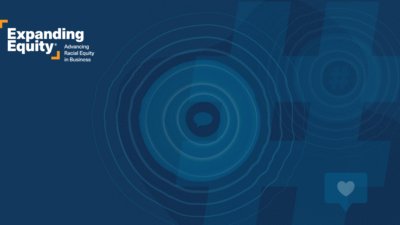 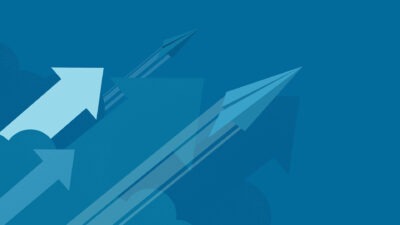